UK first as Augmented Reality comes to parks across Stockport

A number of parks across Stockport could be about to get a whole lot busier as the launch of an Augmented Reality scheme arrives. 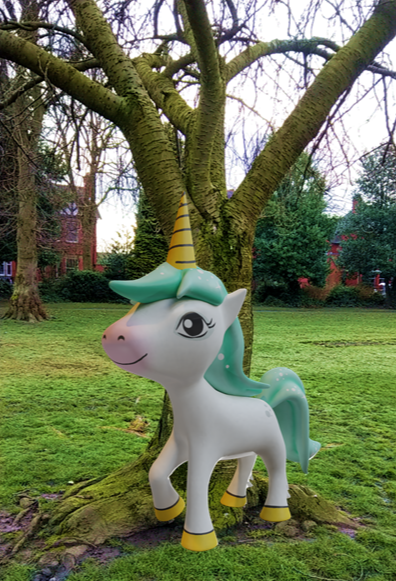 It’s been nearly two years since the world went crazy for Pokemon Go but the launch of ‘Findar’ over Easter weekend is believed to be a UK first, with the scheme’s designer claiming it to be the “first time Augmented Reality has been brought to life for visitors to local parks.”

15 Stockport parks have been chosen to feature in the trial, with each park having four characters for users to find and interact with.

The pilot phase, which starts over the Easter weekend, will last until the end of June, with the following parks taking part in the Pokémon Go style activity.

Which parks will feature the Findar app?

Councillor Sheila Bailey, Stockport Council’s Cabinet Member for Communities and Housing, said: “We hope that this pilot will bring even more people into our parks, providing a fun activity and added interest for everyone to enjoy. The fact that the idea has come from one of our own residents makes this pilot even more exciting and appealing, I really hope as many people as possible will download the app and bring a whole new element to visiting our fantastic parks.”

Chris Hunt, who is behind ‘Findar’ and is also a Stockport resident, said: “There’s a number of great, examples of Augmented Reality, such as Pokemon Go,the Gruffalo Trail and Snapchat but none have crossed over into the mainstream to help bring people in to public areas.

“Stockport has some fab parks which are really well used. The pilot will help to find out if technology can create new reasons to visit our great parks and increase their use even more.”

You will need a smartphone in order to download the Findar app which is available to download free from Google Play by searching for ‘Findar’. It is also expected to be available on Apple’s App store before Easter weekend.